Reasoning based on knowledge to properly answer questions 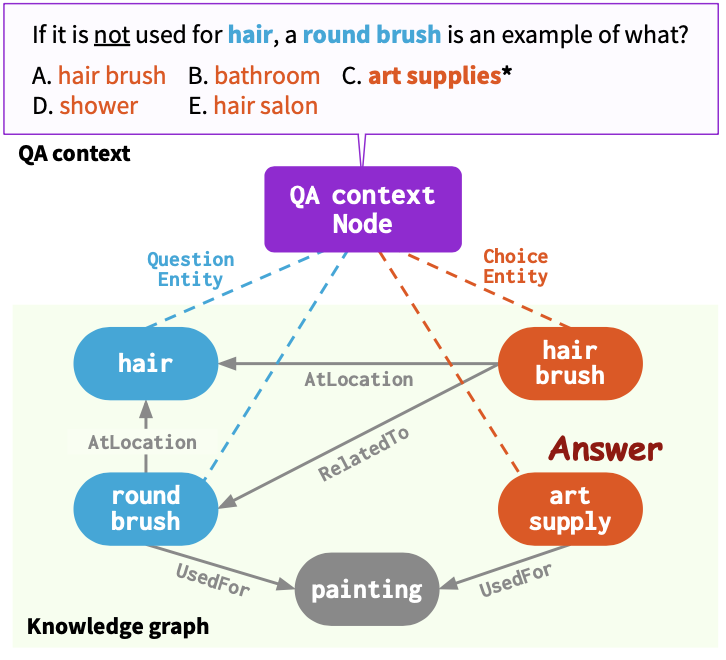 Question and answer are considered to be nodes of the knowledge graph This reminded me of the extended knowledge graph for purchase behavior prediction in this post. Could directly linking knowledge graphs to the representation of a specific task of interest be a general solution to real-world problems?

Relevance scoring with a language model

We are really ready to GAT now. The reasoning with GAT is performed on the knowledge graph with question and answer relationship, making QA-GNN more powerful than other methods.

Demonstrate qualitative and quantitative performance of the QA-GNN

The performance was evaluated on the CommonsenseQA and the OpenBookQA. The ConceptNet is used for the knowledge graph of the QA-GNN. For the language models, RoBERTa or AristoRoBERTa were used. Comparison was made with the baselines including KagNet and the MHGRN.

Quantitatively, the QA-GNN outperformed other baseline methods in the CommonsenseQA dataset (in-house split) and the OpenBookQA. 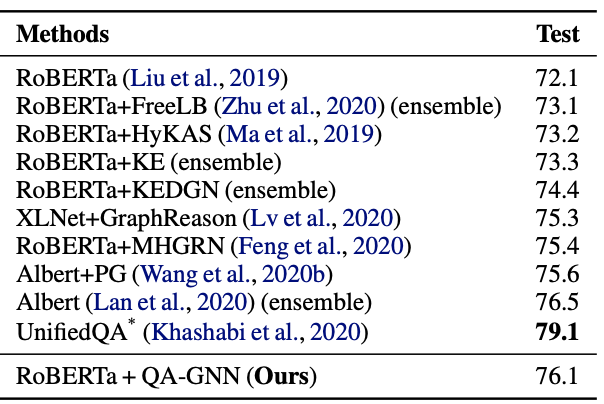 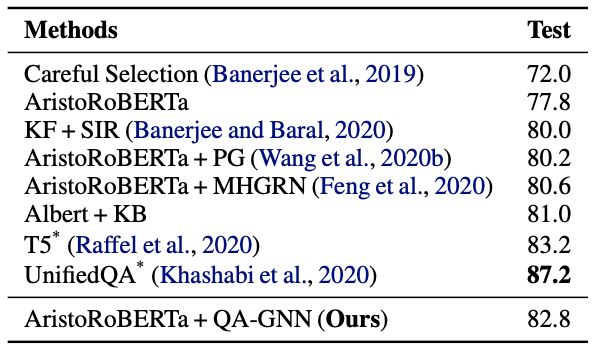 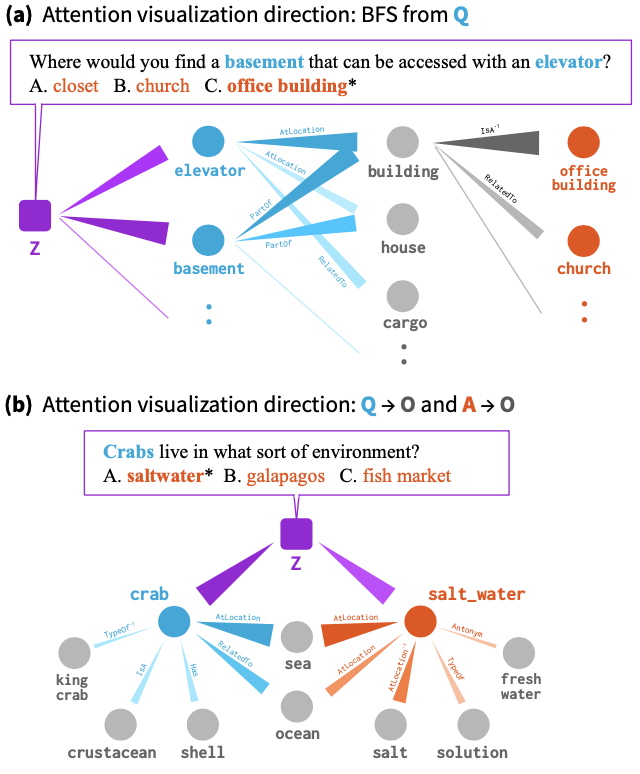 Also, quantitative and qualitative analysis of the structured reasoning is experimented with questions that include negation words from the CommonsenseQA dataset.

Further experiment results are referred to the original paper, which is worth reading.