Merging locality of CNN seamlessly with any ViTs

Many variants of the Vision transformer (ViT) are being introduced recently. To survive as a benchmark model from this flooding of ViTs, many studies try to address the non-locality issue of the ViT. For example, the ConViT tried to introduce locality to the self-attention layer by initializing it like a convolution layer (my previous review post on ConViT). However, experiments indicated that the self-attention layer of the ConViT is shifted towards non-locality throughout the training. Can the locality be explicitly introduced to the ViT layers? The authors say yes to this question. 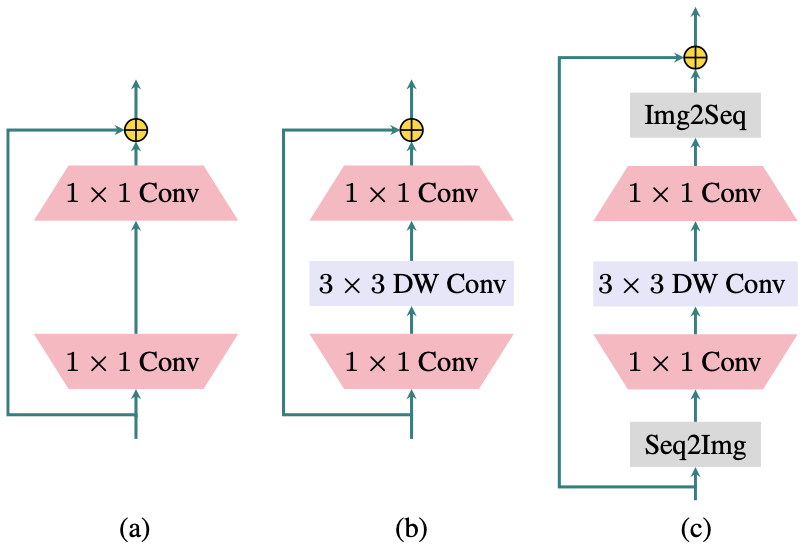 Feed-forward network of the (a) Transformer encoder (b) MobileNetV2 (c) LocalViT (proposed) Now, the locality of the depth-wise convolution is seamlessly merged into the self-attention layer of the ViTs!

The proposed replacement of the feed-forward network can be applied to most of the ViT model variants. Improvement of the image classification accuracy from the ImageNet dataset is demonstrated by extensive experiments using DeiT-T, T2T-ViT, PVT, and TNT. Performance of CNNs are also included in the comparative analysis. 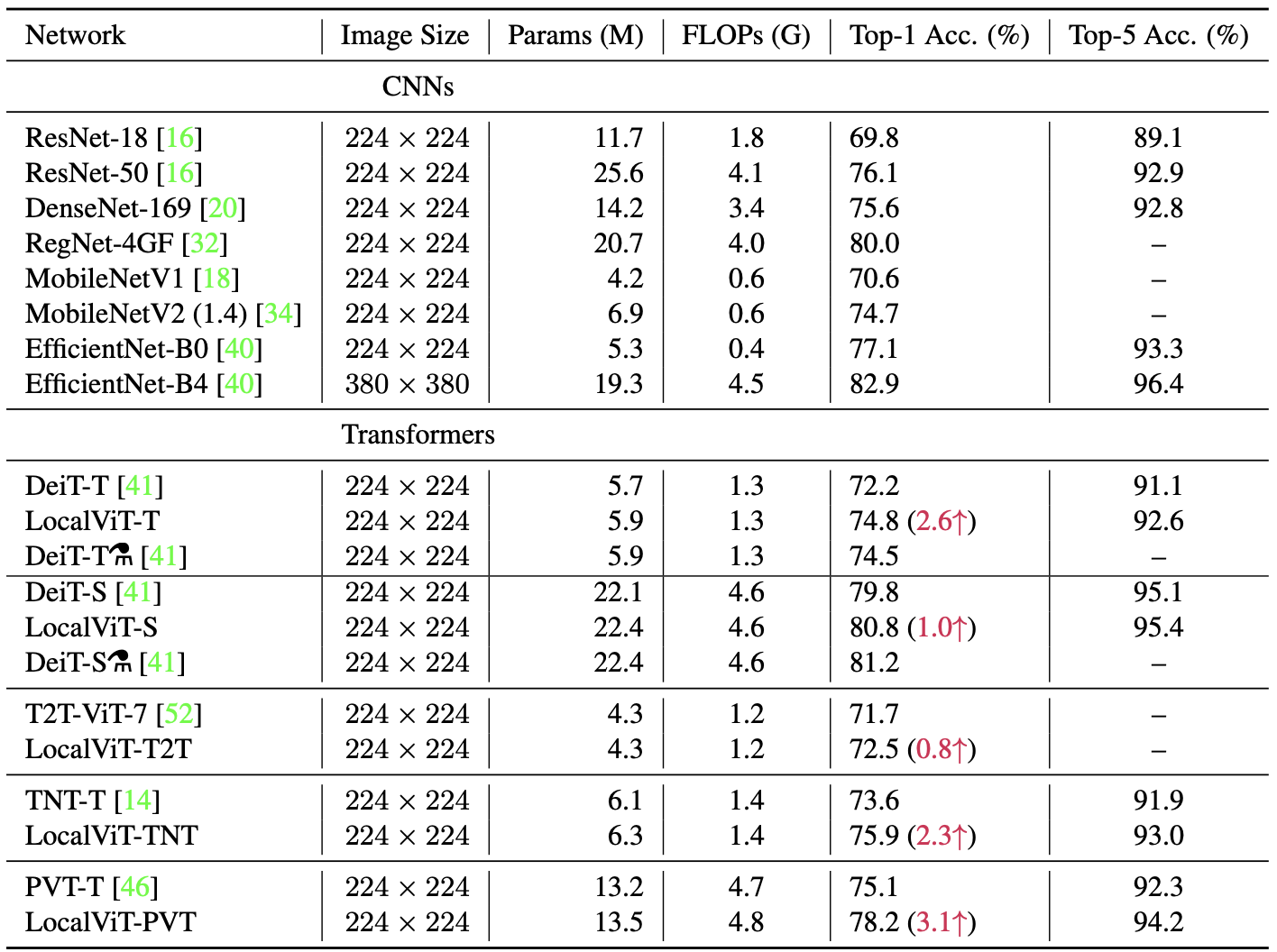 The performance gain can further be boosted by employing well-known tricks for CNN layers (e.g. squeeze-excitation), or by changing the activation functions. 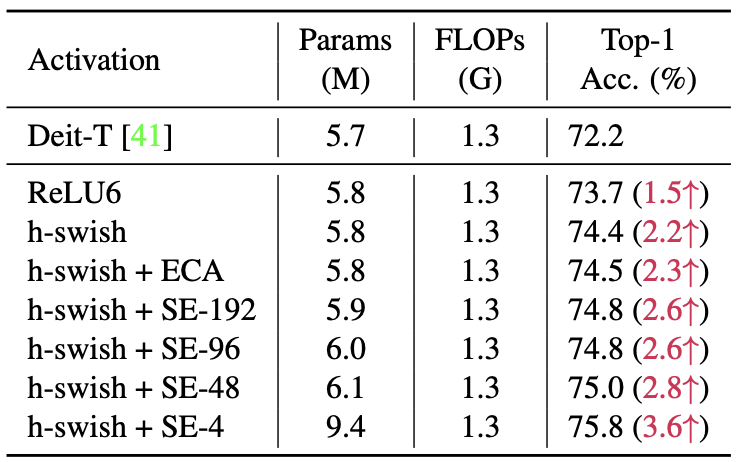 The improvement in performance was more apparent when the lower layers were equipped with the locality, but applying the proposed method to all layers did not hurt the performance.

Locality can be equipped to any layers of ViT

The training log of the LocalViTs showed lower training loss and higher validation accuracy when compared to the vanilla ViTs. 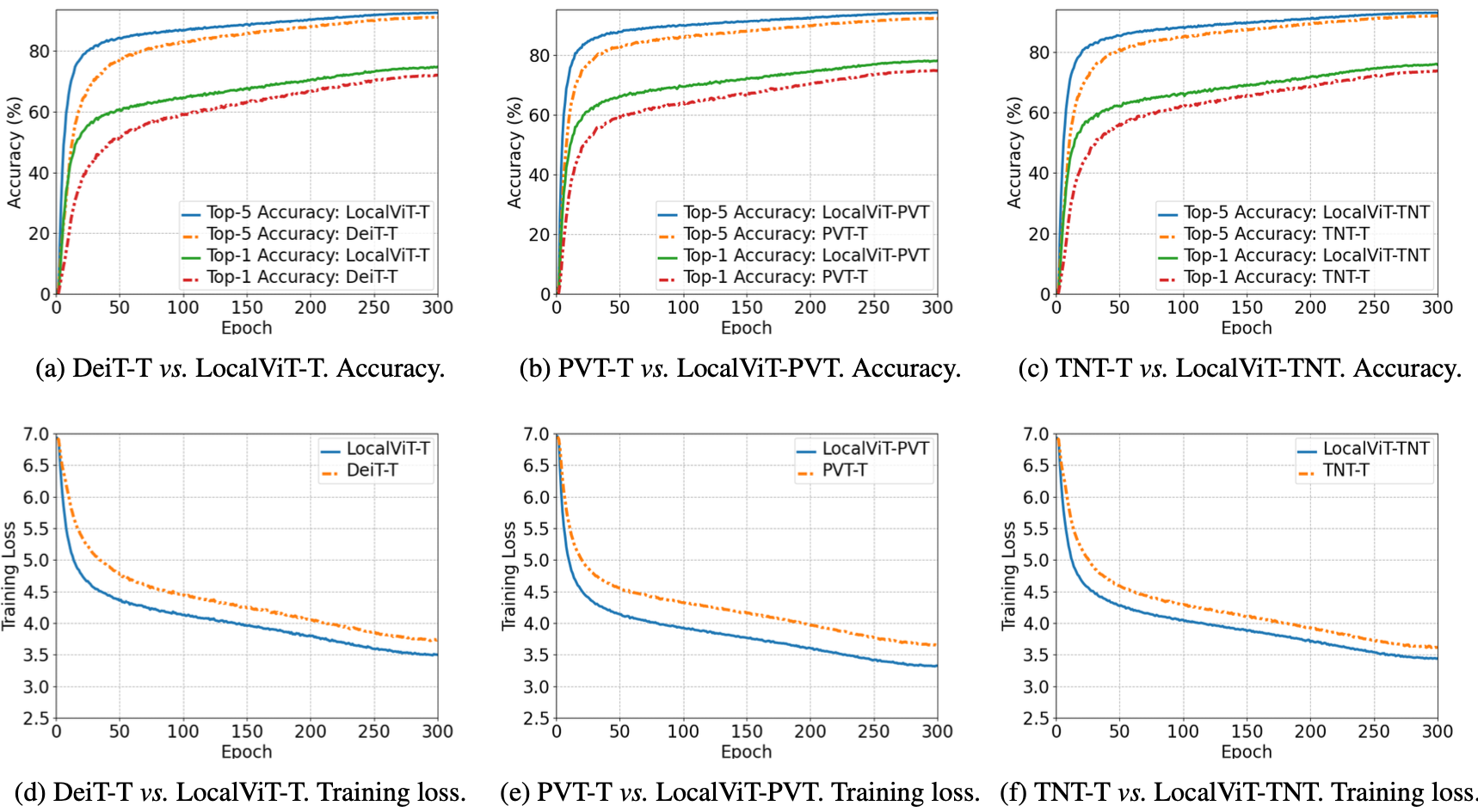 In conclusion, this paper proposes a simple, general, explicit, and effective way to introduce locality to ViTs which can significantly improve the image classification performance.