MobileNet and Transformer are bridged, rather than merged

Although vision transformers (ViTs) have proven its performance in various computer vision tasks, lower computational efficiency and need for large-scale dataset is still a drawback of the model. This inefficiency is thought to come from the inability of ViTs to incorporate local information from the image data. To address this issue, many attempts have been made to inject locality prior to ViTs, or explicitly add convolution layers to the framework. The authors also try to tackle this limitation of ViTs, but not by merging convolution layers, but by bridging them to introduce locality. More specifically, the authors propose Mobile-Former, which consists of a MobileNet and a ViT with mobile-to-former and former-to-mobile bridge. 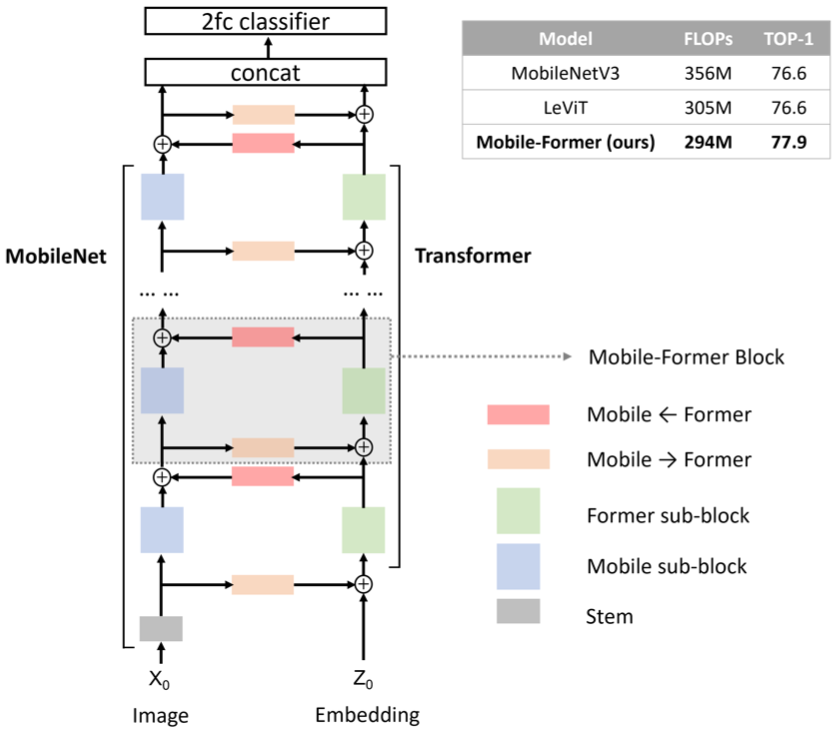 Propose a method that combines MobileNet and ViT by parallel bridging 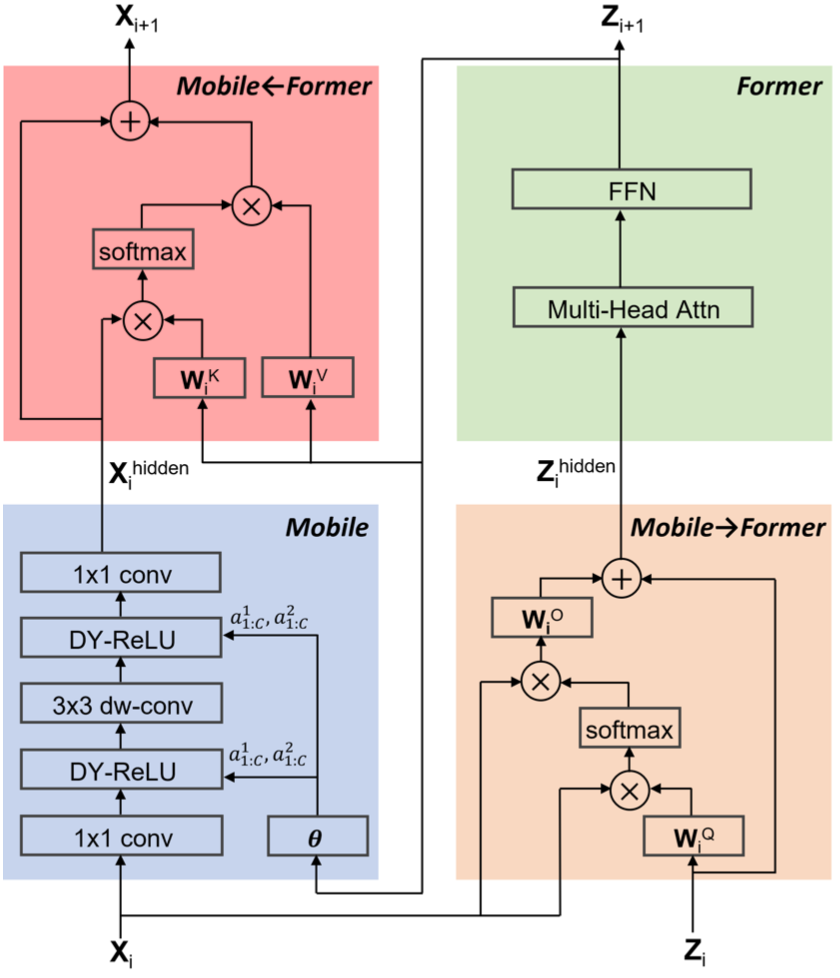 Mobile-Former block and its four sub-blocks 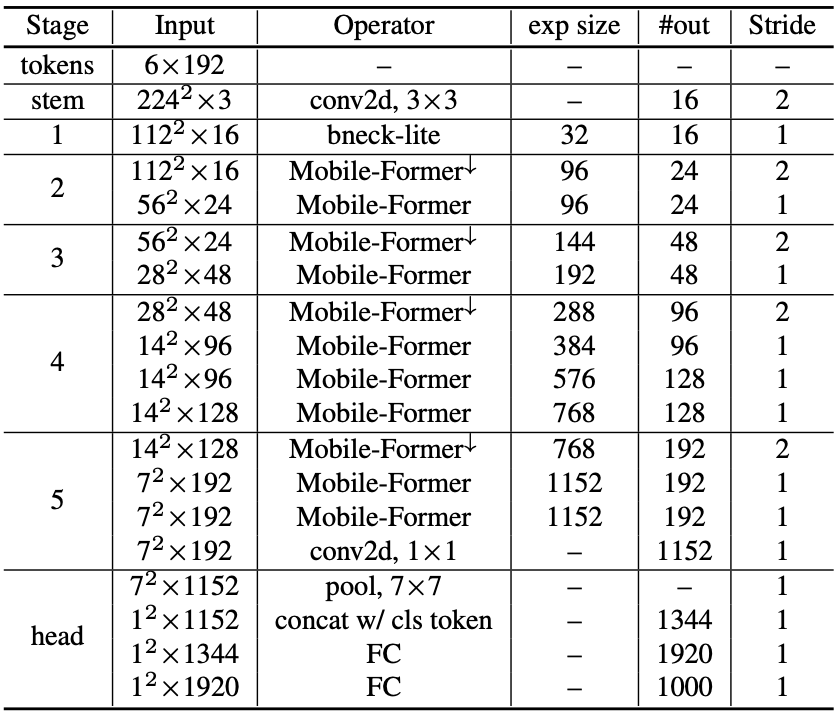 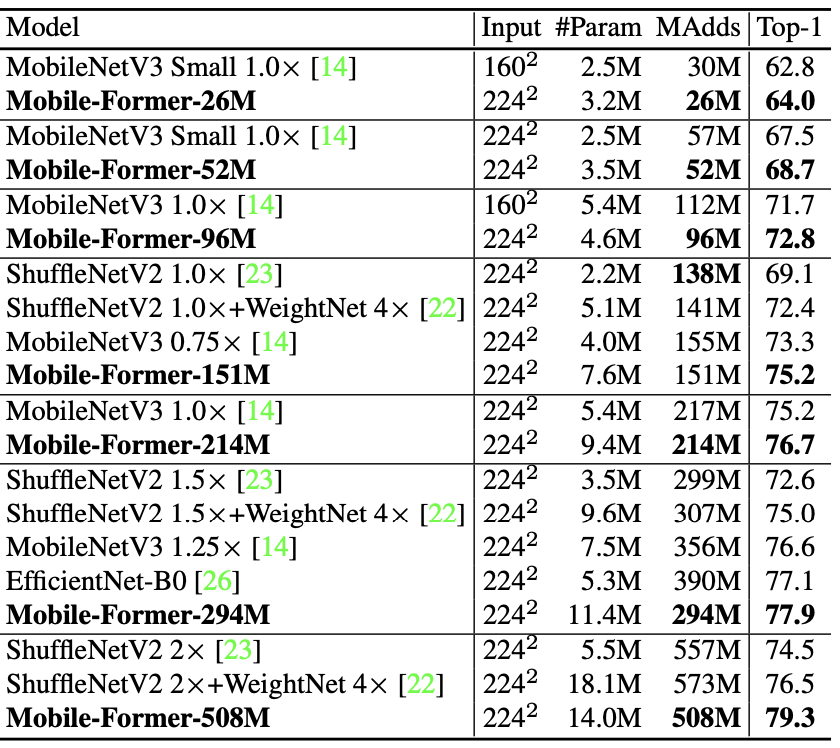 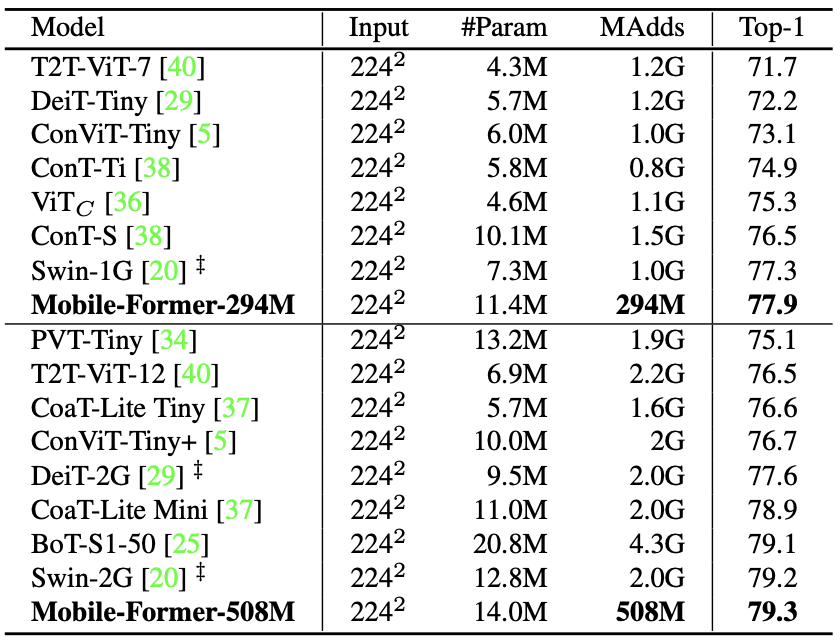 Performance of the proposed Mobile-Former is also tested on the COCO 2017 object detection task.

It can be seen that the Mobile-Former outperforms CNN and ViT variants on both object detection and image classification tasks while being computationally efficient.

Further ablation and explainability study results are referred to the original paper.