Propose a self-attention layer which can compensate locality

The authors note that summation of the two terms on the right-hand-side of the equation can lead to simply ignoring the smaller of the two because of the softmax function. The two terms respectively represent the content and position of the image (or patch of the image), and it is better not to ignore either one. 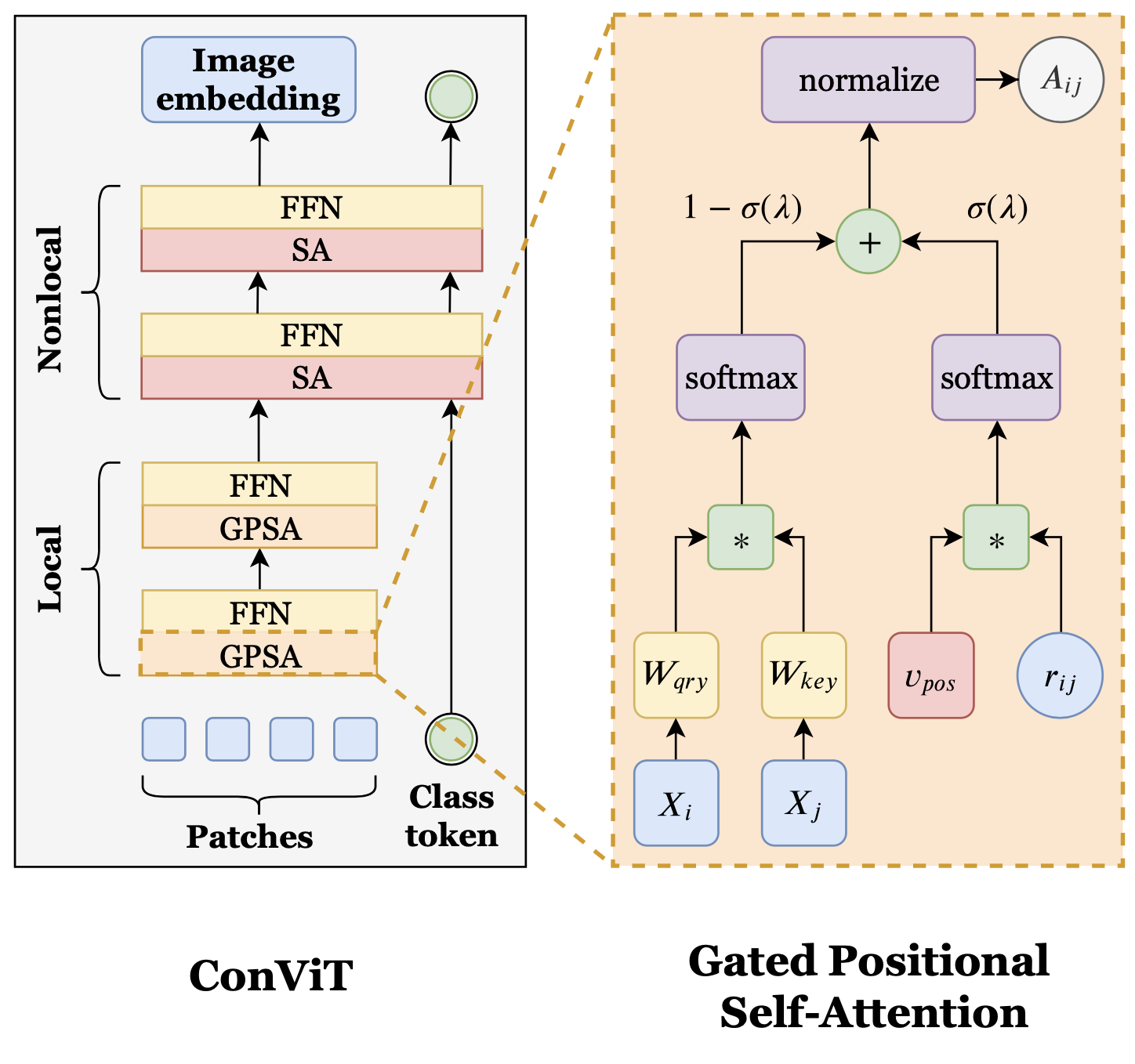 Proposed ConViT and GPSA Gated Positional Self-Attention (GPSA) layer is proposed as a linear interpolation of the content and the position after the softmax function to address this issue. To inject locality inductive bias at the beginning of the training, the GPSA layer is initialized to mimic convolution layer based on a previous finding. Finally, the proposed ConViT consists of 10 blocks of GPSA layer followed by 2 blocks of conventional self-attention layer, and progressively gains non-locality throughout the training.

Show sample-efficiency of the model 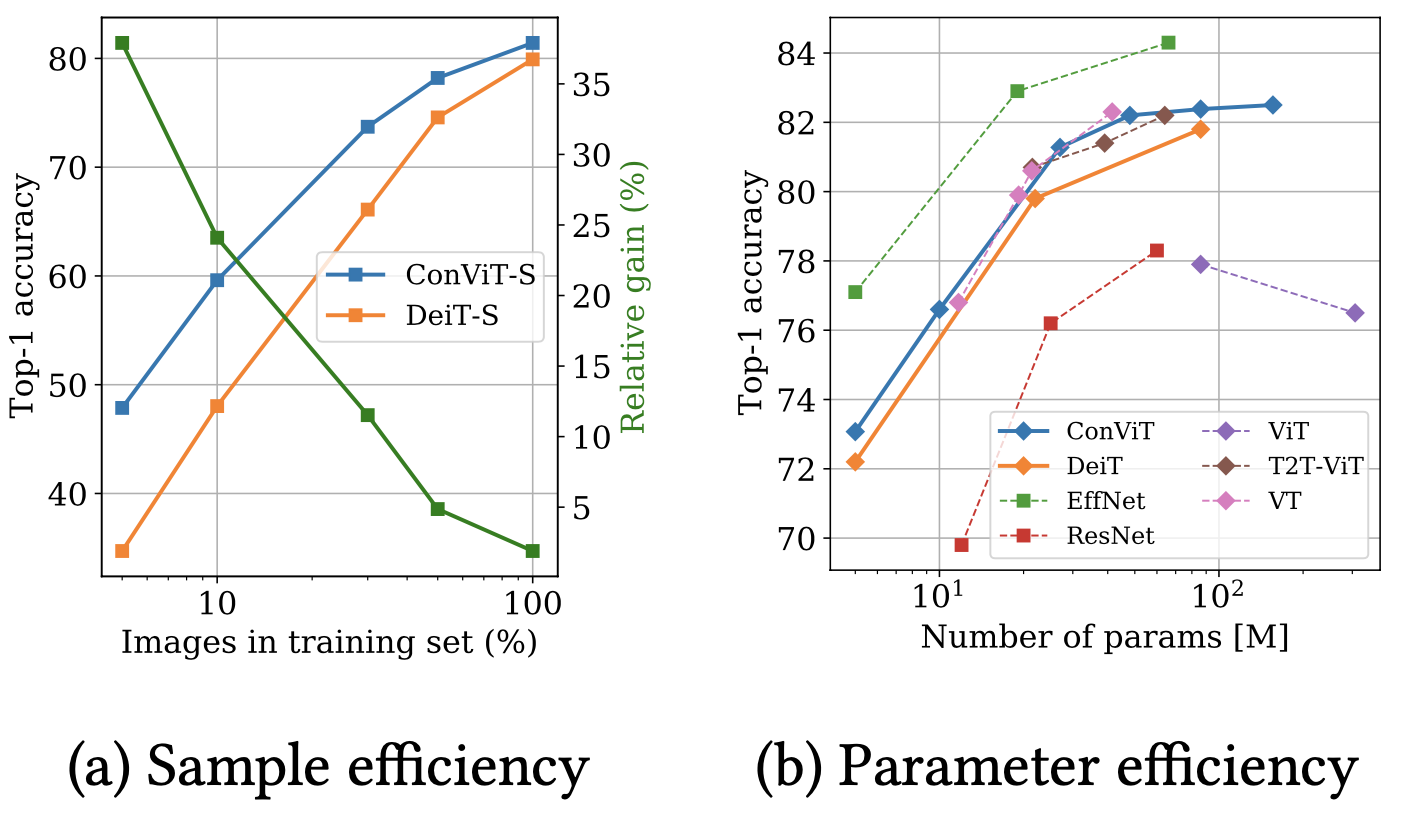 Investigate importance and tendency of locality in vision-transformers

The tendency of (non-)locality in ConViT throughout the training, and its importance regarding the classification performance are presented as experiment results.

Tendency of non-locality in ConViT

Relationship between locality and performance