Although GNNs have been successful for learning the molecular representation as a graph, previous methods rely on inductive bias obtained by the molecules embedded as the atom-bond graph. Practically, chemical properties are largely dependent on which functional group the molecule contains. Since the functional group is a subgraph level structure, conventional methods that only take atom as its node feature cannot capture this property explicitly. 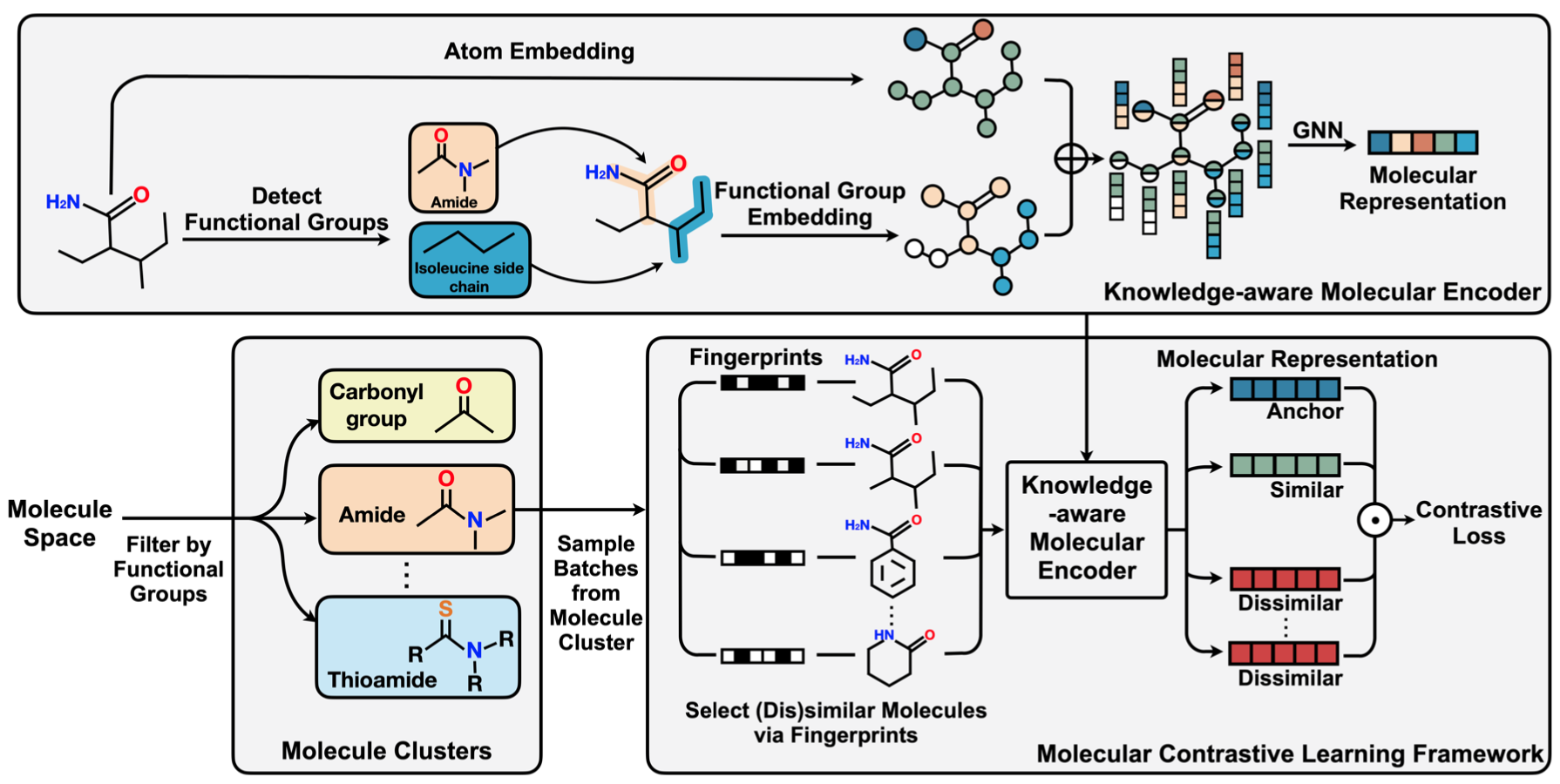 Proposed CKGNN framework To first inject the functional group information of the molecule, the functional group embedding is concatenated to the atom embedding to serve as the node feature that is input to a GNN as presented in the upper part of the figure. Second information that is hard-coded is the fingerprint embedding. A minibatch is randomly selected from a molecule cluster, and an anchor molecule is selected. A molecule with the top similarity based on the fingerprint is labelled as the similar (positive) molecule, while others are labelled as the dissimilar (negative) molecules. The representation of the molecules obtained from the functional group aware GNN is trained contrastively with the anchor-positive-negative labels.

Experimentally show quantitative and qualitative strengths over other frameworks

Molecule prediction performance of the CKGNN Quantitatively, the proposed CKGNN has shown improved performance when compared to baseline models in a number of benchmark datasets. 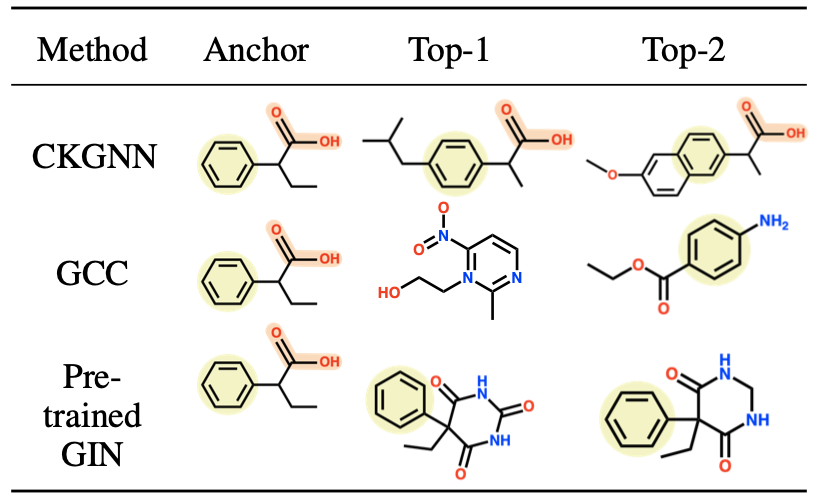 Example of CKGNN predicted similar molecules Qualitatively, an example of the CKGNN inferring chemically-plausible similar structure is provided in the paper. The authors also mention that high variance of the similarity distribution reflects strength of the proposed model, but this claim seems to need further verification.