Normalizing flow is one of the generative models, which targets to map a complex data distribution to a known distribution with possible reversal with change-of-variables of the likelihood. Continuous normalizing flow (CNF) exploits neural ordinary differential equation (ODE) to enable learning flexible probabilistic models. Pruning refers to the algorithms that reduces the number of neurons/weights from a trained neural network (which also actually happens for developing brains). The authors propose a framework for pruning the well known CNF model, FFJORD, and show that pruning improves generalization and efficiency of the model.

The authors sparsify the CNF model by removing redundant weights from the neural network during training with iterative learning rate rewinding, i.e. iteratively train a dense neural network and retrain with pruning until the desired level of sparsity is obtained.

Pseudocode of the proposed Sparse Flow For the prune step at line 5 of the above pseudocode, both unstructured (weight pruning) and structured (neuron pruning) pruning are experimented.

Density estimation of multimodal Gaussian placed orderly on a spiral and a spiral distribution with sparse regions was experimented. 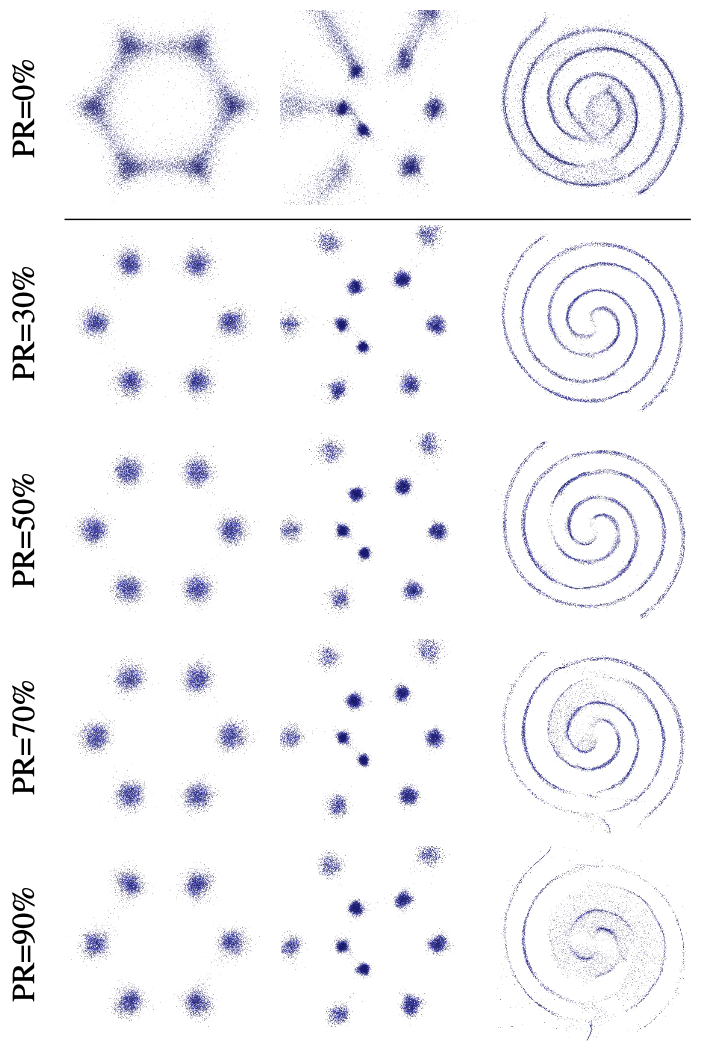 Inner dynamics of pruning is further explored by the vector-field constructed by the flow to model 6 Gaussians independently.

Inner dynamics of SparseFlow It can be seen that SparseFlows attract the vector-field directions (especially PR=70%) uniformly toward the mean of each Gaussians, while the unpruned flow does not. 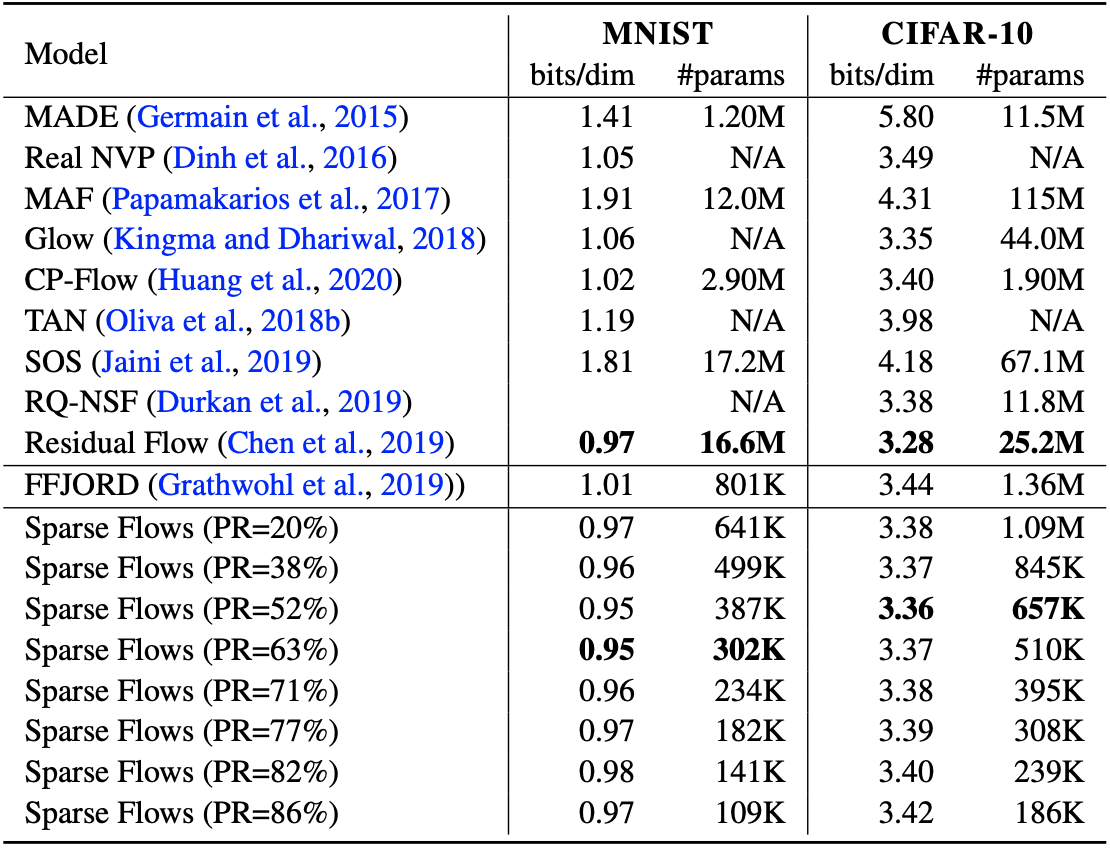 Improved generalization of the pruned CNFs can be partially explained by resolution of the mode-collapse. The authors further investigate this property from the perspective of flat loss surface. Flatness of the loss surface is evaluated by the largest eigenvalues, traces, and condition numbers of the Hessian.

Flatness of the loss surface by maximum eigenvalue $\lambda_{max}(H)$, trace $\mathrm{tr}(H)$, and condition number $\kappa (H)$ The values suggest that the loss surface becomes more flat as the generalization gets better (this interpretation may require caution since PR=90% is not shown).