[2105.00956] UniGNN: a Unified Framework for Graph and Hypergraph Neural Networks

GNNs are directly generalized to HyperGNNs

A graph $G=(V,E)$ is defined as a pair of a vertex set $V$ and an edge set $E$, where the edge set again contains a pair of vertices that have connection. A hypergraph $H=(V,\mathcal{E})$ is an extension of the graph, that the elements in hyperedge set $\mathcal{E}$ need not be a pair but can be any subset of $G$ (except $\emptyset$). This means that an edge of a hypergraph can connect more than two vertices at once.

Example of a (a) Graph, and a (b) Hypergraph

Along with the success of the Graph neural networks (GNNs), interest in learning representation of hypergraphs with a neural network has increased. Although attempts have been made to bring the power of the GNNs into hypergraph neural networks(HyperGNNs), direct extension of powerful GNN structures into hypergraphs have not yet been available. The goal of this paper is to propose a framework that directly extends the design of well-known GNNs into HyperGNNs while addressing the key questions from the GNNs: over-smoothing problem and the discriminative power.

Propose a framework for generalizing GNNs to HyperGNNs

The performance of UniGNNs are experimented with hypernode classification tasks.

Since deeper GNN is related to an exaggerated over-smoothing problem, the UniGNN models are tested with varying network depths. 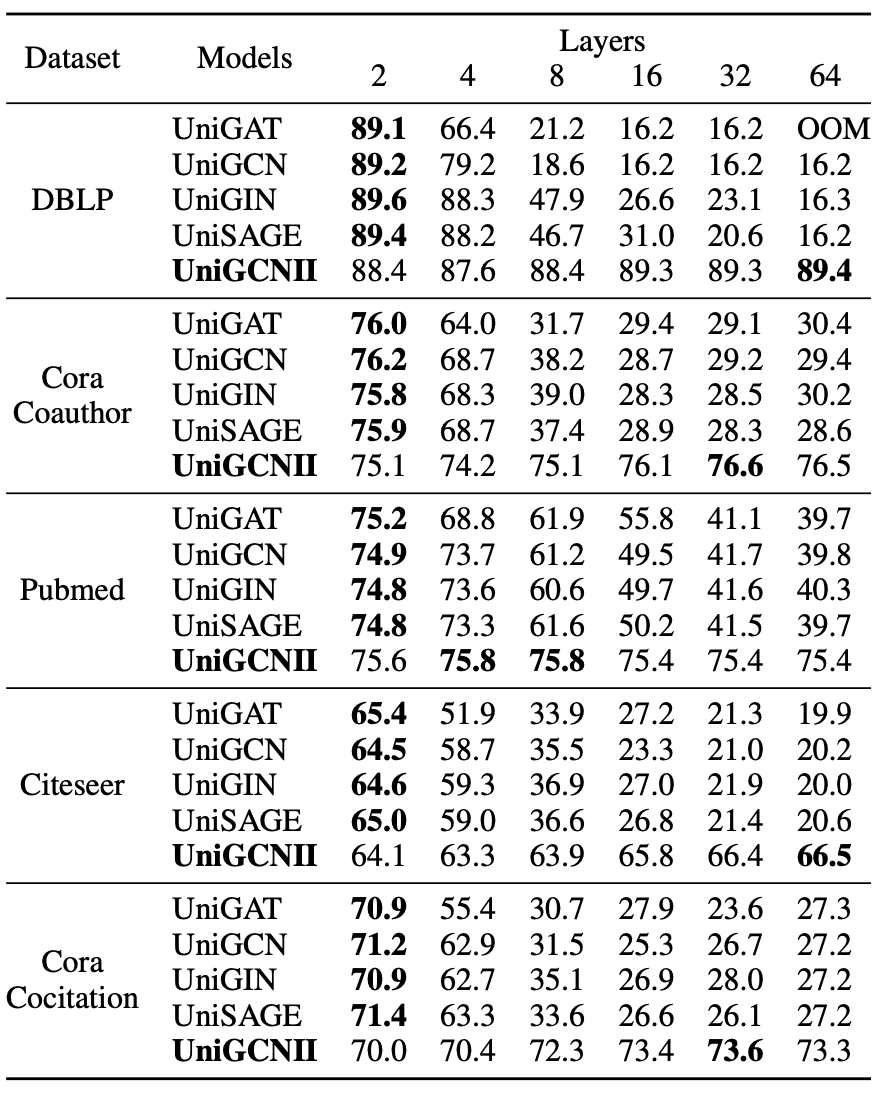 Other experimental results, including the effect of self-loop on UniGAT and UniGCN, are referred to the original paper.