Hierarchical graph representation of HD maps (right) Global graph consists of key points, which are endpoints or intersection points of lanes, and edges as the curve. Curvature details of each lane are represented as a local graph which consists of control points and edges connecting these points. 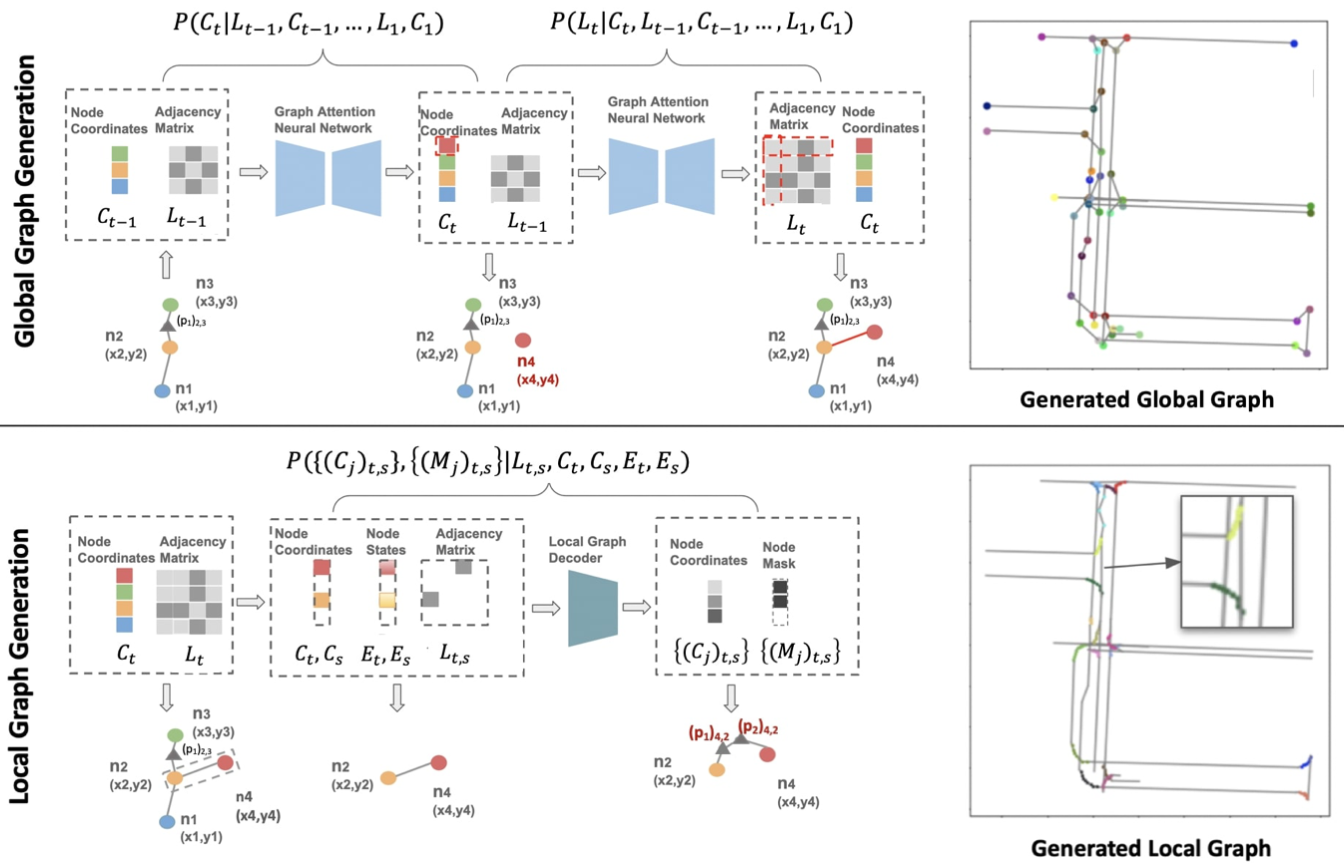 Demonstrate qualitative and quantitative performance of the proposed method

The performance of the proposed HDMapGen is compared with baseline approaches including SketchRNN (sequential case), and the PlainGen (non-hierarchical graph case modeled by global graph modeling method). 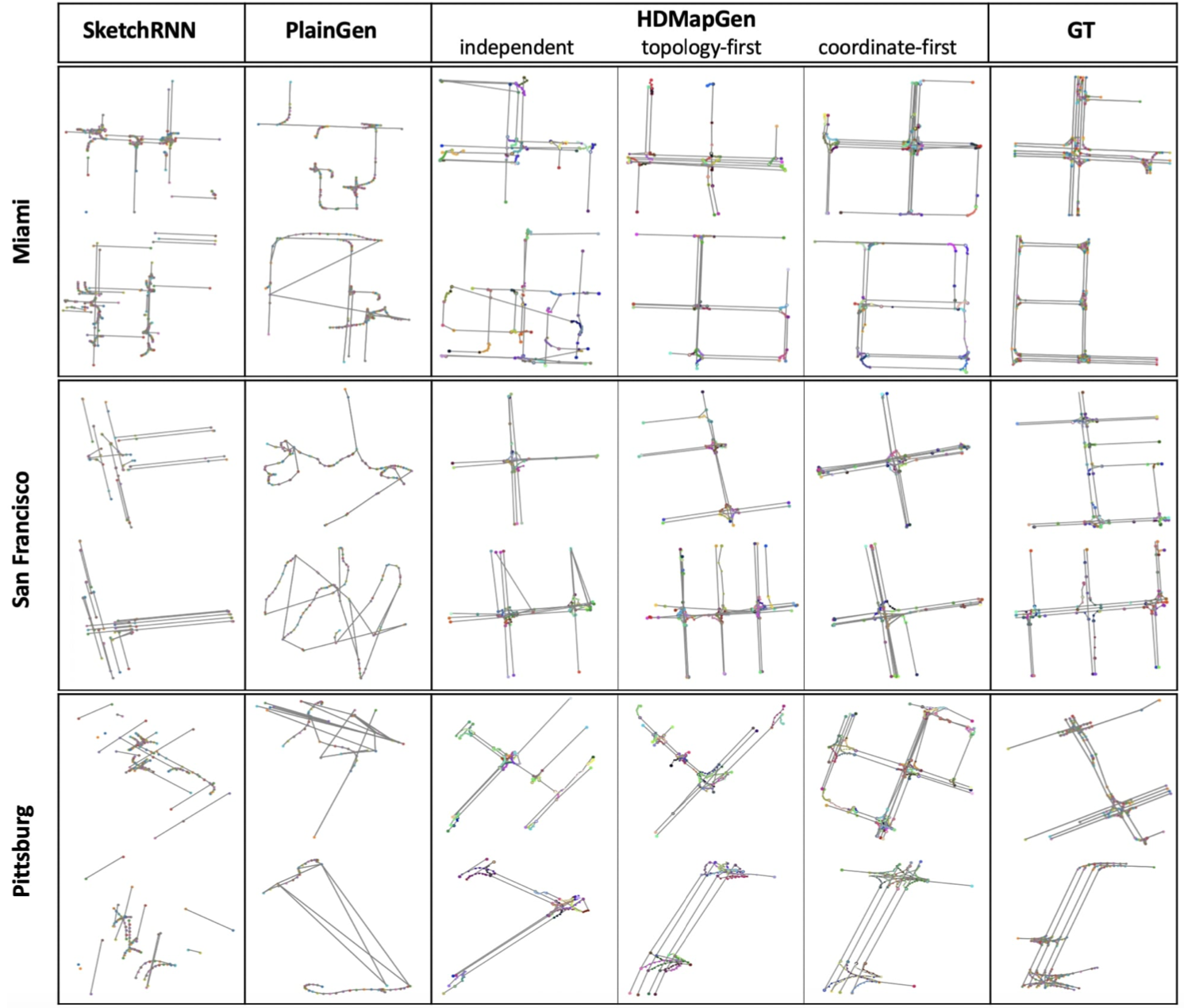 Qualitative result of the proposed method on the Argoverse dataset It can be seen that the proposed HDMapGen generates more realistic HD maps with similar properties to the ground truth cities. However, independent HDMapGen shows degraded generation performance, probably due to lack of modeling dependence between the coordinate and the topology.

Quantitative performance of the proposed method on the Argoverse dataset

Scalability and latency (speed) analysis results are referred to the original paper.