Main experimental result of the paper is the conditional image generation experiment on the ImageNet dataset. 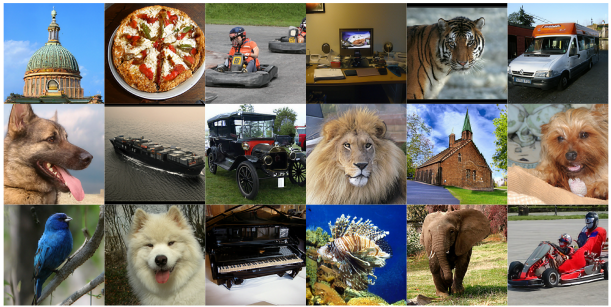 Exemplar images conditionally generated with CDM The CDM outperforms other state-of-the-art GANs and diffusion models in terms of the FID score for the conditional image generation task. 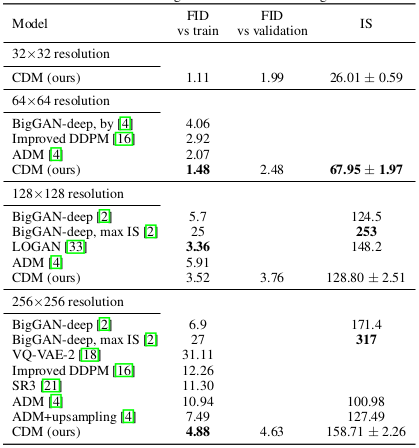 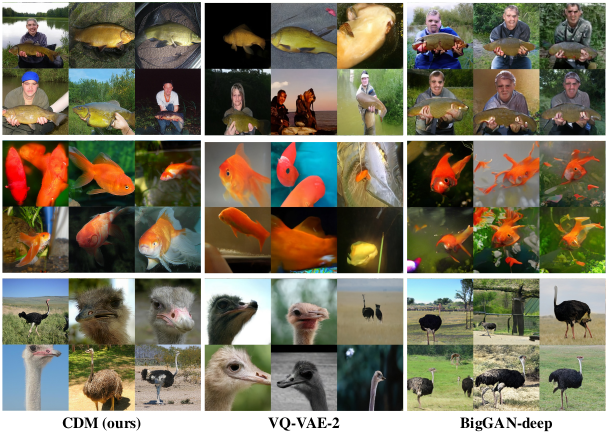 Qualitative comparison of the proposed method with baseline models

Experimental analysis on various resolutions and ablation studies are referred to the original paper. The review may be short, but the experimental results are quite encouraging in that diffusion models beat GANs on (conditional) image synthesis, again.