Get highlight clip of your favorite player by typing it

The proposed method is basically a query-focused video summarization framework with attention. For generic video summarization, a pre-trained caption generator creates dense video caption for being input to the model instead of a query.

Scheme of the proposed method

The language-guided attention attends between query (text) and video frame (image) features, extracted by the CLIP. Attention between the two type of features is realized by the Transformer, where image features serve as the query (Q) and the text features serve as the key (K) and the value (V). After the language-guided attention derive blended feature from the two input sources, importance of each frame is predicted by another Transformer named frame-scoring Transformer.

Demonstrate performance of the proposed method in video summarization

Performance of the proposed method in generic video summarization is evaluated by comparing F1 scores with baseline models on the SumMe and TVSum datasets with three settings. Train-test splits are from the same dataset for the standard setting, training is augmented with data from other datasets in the augment setting. Transfer setting is the most challenging, which is to test on a separate held-out dataset. 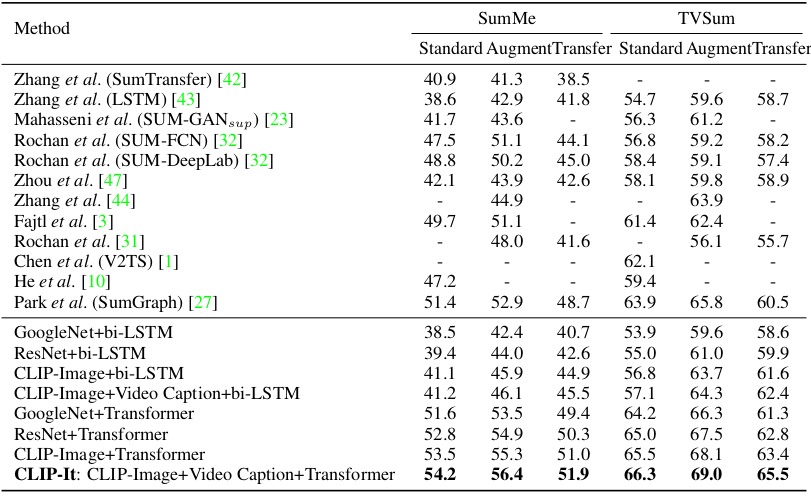