Hijacking the diffusion model for image generation and manipulation

Propose a diffusion based image synthesis and editing method

The proposed method is surprisingly simple. Given a diffusion model for image synthesis, the authors try to hijack the reverse process based on the fact that the images to be denoised are still of very low quality (prone to noise) on early steps of the reverse process. The authors adopt Stochastic Differential Equation (SDE) as the diffusion model and demonstrate good results. 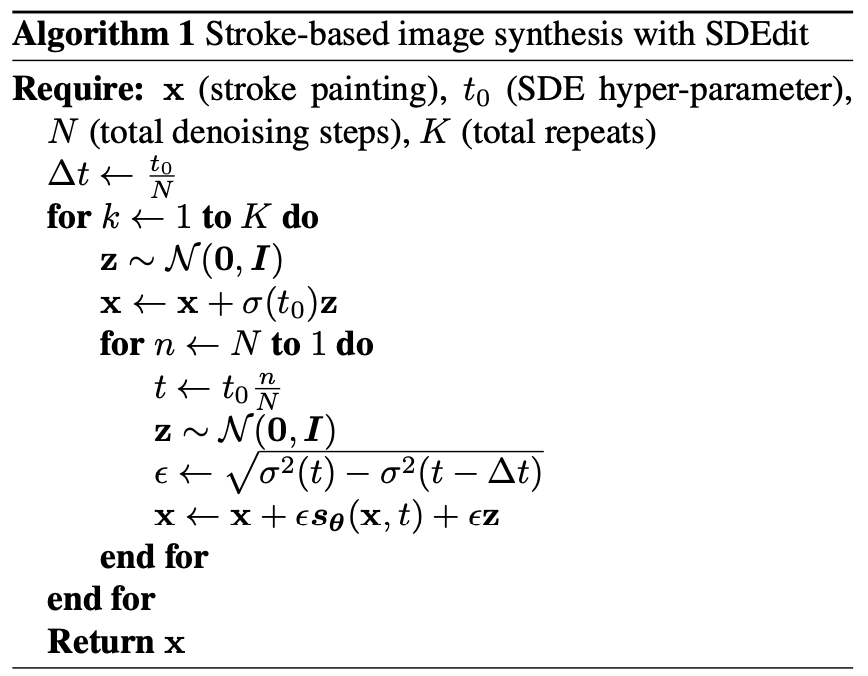 Pseudocode for image synthesis with SDEdit 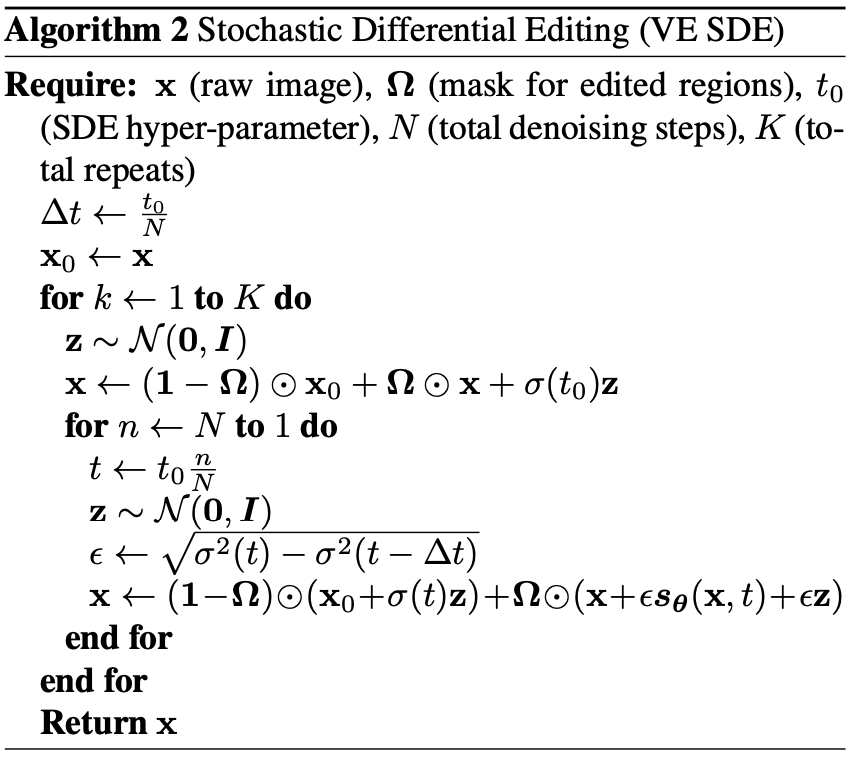 Pseudocode for image manipulation with SDEdit

As mentioned earlier, the proposed method (SDEdit) (i) does not require optimization of the latent space since the reverse process is performed directly on the corrupted (i.e. user marked with stroke) sample, (ii) does not require defining the loss between the stroke mask and the real counterpart, and (iii) does not require paired data since it exploits a diffusion model trained for image synthesis.

Stroke based image synthesis is compared to other methods on LSUN and CelebA dataset.

Qualitative result of proposed SDEdit on other datasets

For image manipulation task, SDEdit was compared on LSUN, CelebA, and FFHQ datasets. 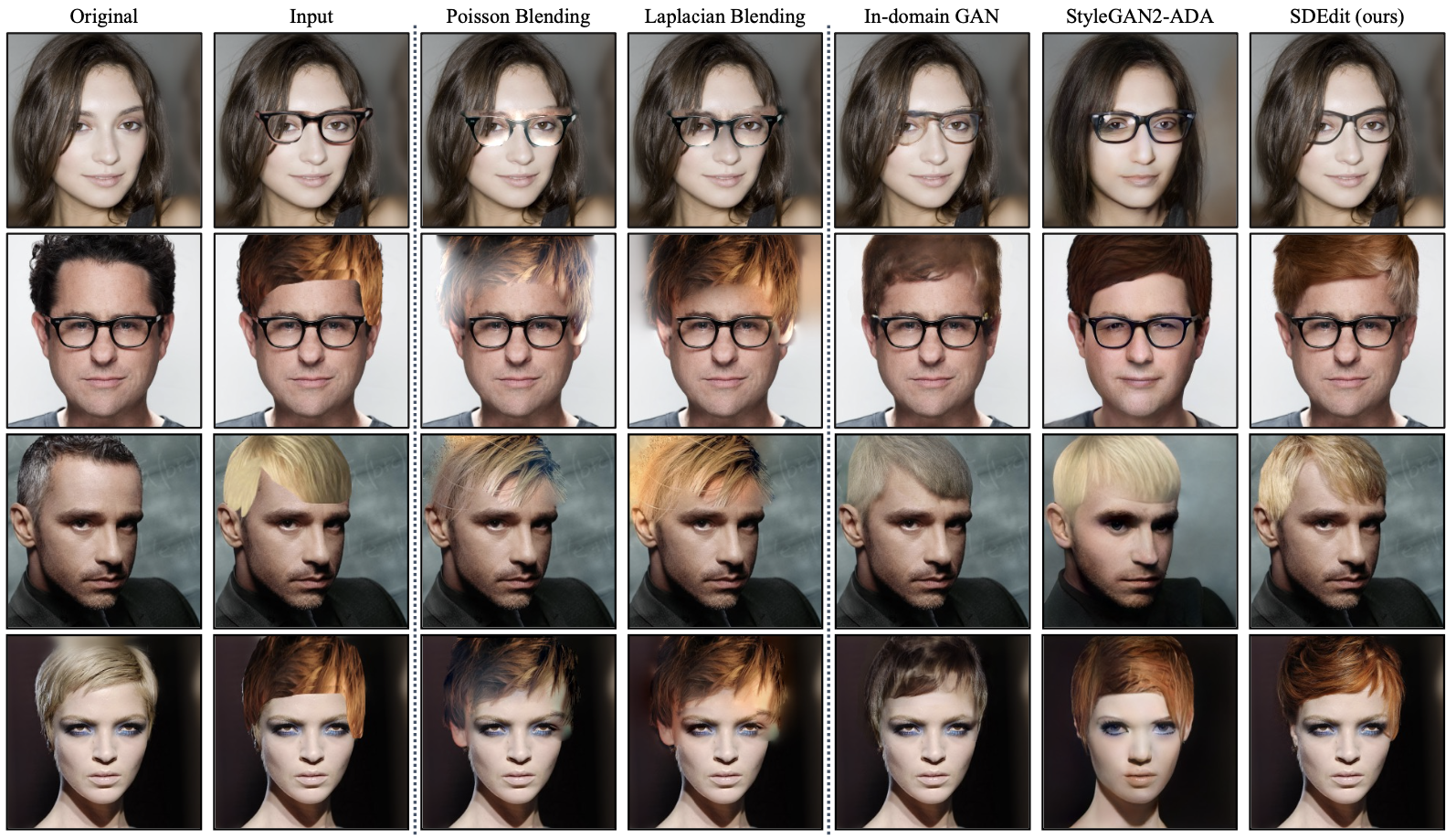 It is also qualitatively suggested that the edited image is of better perceptual quality with the proposed SDEdit.