Rise of the diffusion models

Diffusion model is a parameterized Markov chain that gradually converts one distribution to another, first proposed in the paper Deep Unsupervised Learning using Nonequilibrium Thermodynamics. Recent improvement in diffusion models like Denoising Diffusion Probabilistic Models (DDPM) has shown promising results in image generation, which is comparable to the state-of-the-art GAN models. Although adversarial models can generate high quality images, some common limitations of GAN include lack of diversity of generated images (mode collapse) or difficulty in training. The authors claim that the diffusion model, which is less prone to the above limitations of GANs, could not generate images better than GAN not because of the approach itself, but because of little exploration on architectural and training details. Surprisingly, this claim is supported by the experiments. Can diffusion models be the next standard option for image generation?

Schematic illustration of the DDPM (left) and the DDIM (right)

Model architecture exploration results Based on the above result, the authors use multiple-heads with 64 channels per head, 2 residual blocks, multi-resolution attention at 32, 16, 8 resolutions, BigGAN up/downsampling, and AdaGN layer for the rest of the experiments.

Classifier guidance for diffusion models It was empirically found that scaling the gradient with $s>1$ result in producing a more realistic image, but with less diversity.

Demonstrate quality of the generated image by experiments

The proposed model with classifier guidance is referred to as Ablated Diffusion Model with Guidance (ADM-G). The sample quality and diversity is evaluated by the FID as the main metric. To further evaluate fidelity, precision or Inception Score (IS) are used while recall is used to further evaluate diversity. The ADM-G outperforms the GAN based SOTA conditional model BiGGAN and SOTA unconditional model StyleGAN2 with various datasets including the LSUN and the ImageNet. 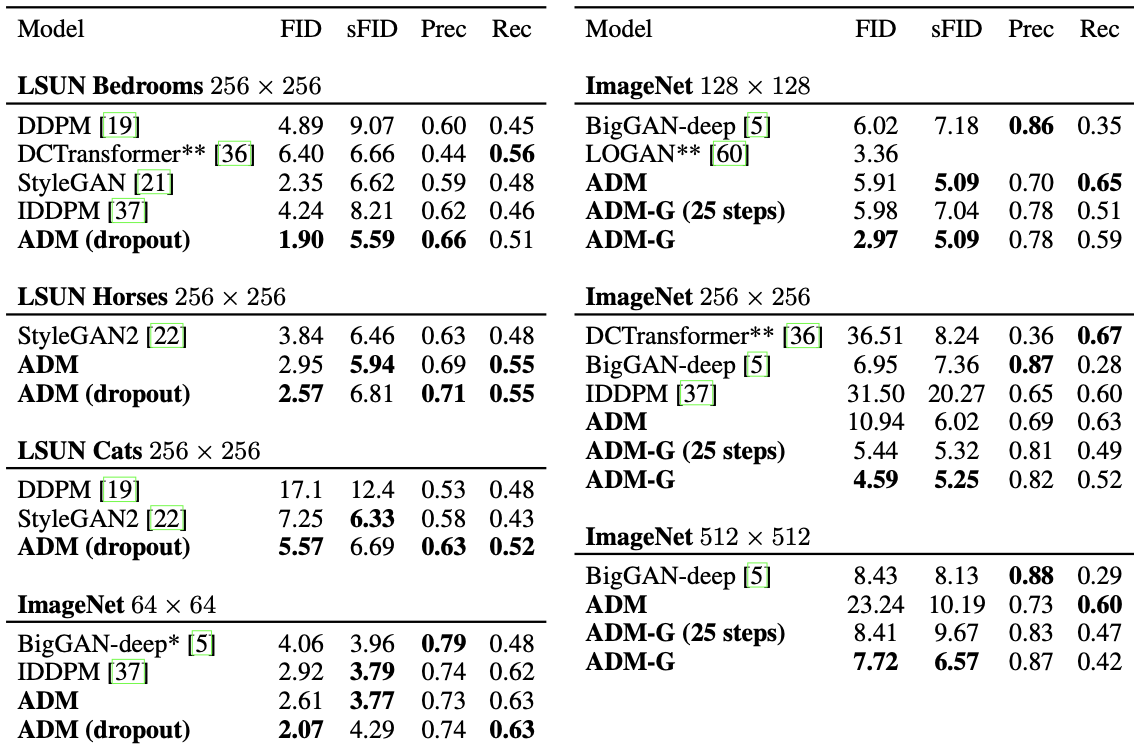 Quantitative result of the proposed method 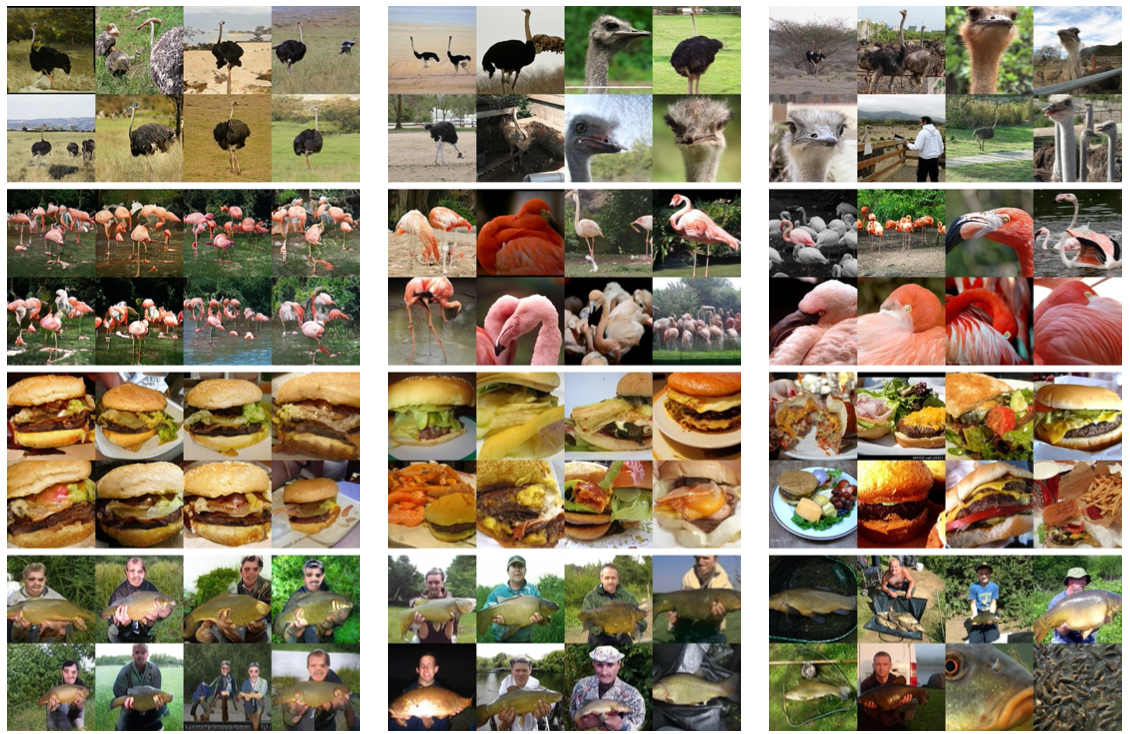 Qualitative result compared with BigGAN (left), proposed (middle), and training samples (right) As the title of this paper indicates, significance of this paper can be summarized in one sentence: Diffusion models beat GANs on image synthesis!

Other qualitative results and theoretical/practical details are referred to the original paper.