Clean images are hard to reblur, so make your image difficult to reblur.

Learning based methods have been successfully applied to solving inverse problems in recent years, providing substantial improvement to the image processing tasks such as deblurring, denoising, etc. Early learning based methods focused on improving the quantitative metrics (PSNR, SSIM) by minimizing the L1 or L2 distance between the target image and the input image. However, the perception-distortion tradeoff suggests that higher PSNR does not necessarily mean better perceptual quality. Most image processing algorithms now also consider whether the output image is perceptually better, often evaluated by LPIPS score or user response MOS. The LPIPS score uses features of a trained CNN to infer whether the image is perceptually pleasing. This feature of a trained CNN can also work as a loss function, known as perceptual loss, when the distance between the features are computed. Minimizing the perceptual loss can often lead to better perceptual results, so many recent image processing models are trained with perceptual losses. However, the authors question whether the specific problem of deblurring requires evaluating the high-level perceptual features of the input image. 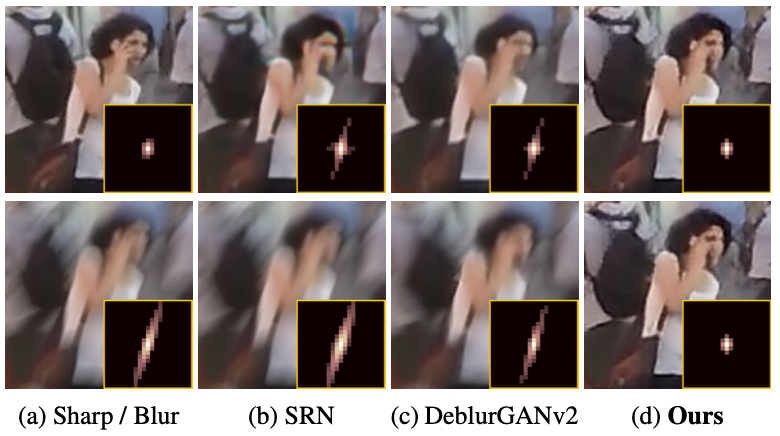 Remaining blur of previous methods are amplified by reblurring To address this issue, a new loss function is proposed for the deblurring task, while minimizing the loss can lead to perceptually better results. This is made possible by the observation that the Clean Images are Hard to Reblur.

Provide observation that blur amplification is harder for clean images

The authors assume that a reblurring module $\mathcal{M}_{\text{R}}$, which amplifies the remaining blur of an image, will output an identical image to the input if there exists no blur in the input image. To obtain the reblurring module, a blur reconstruction loss $\mathcal{L}_{\text{Blur}}$ is first proposed: \begin{equation} \mathcal{L}_{\text{Blur}} = ||\mathcal{M}_{\text{R}}(L) - B ||, \end{equation} where $L$ is a (non-ideally) deblurred image from the blurry image $B$. The authors insist that this assumption is true by showing that higher deblurring PSNR corresponds to lower reblurring PSNR.

Propose (self-)supervised algorithms for deblurring based on the observation

The training of deblurring module can also be performed in a self-supervised manner during test time. This self-supervised algorithm is described in the following pseudocode. 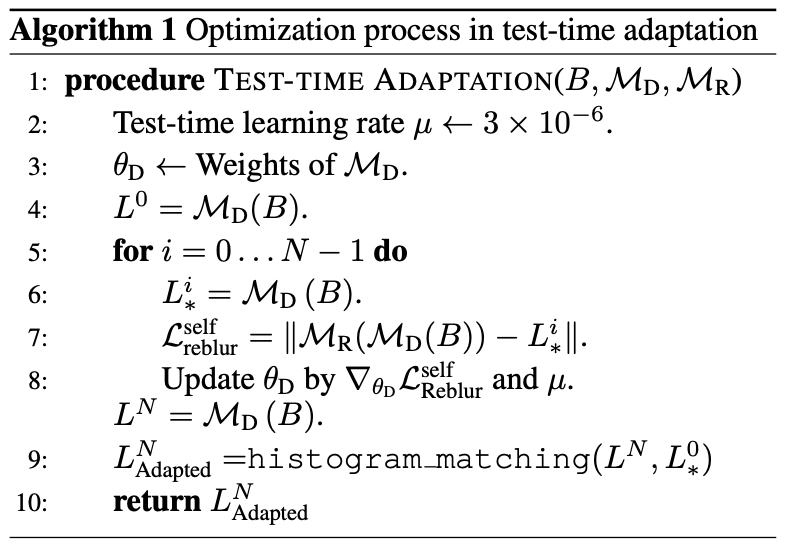 The experiments are performed on the GOPRO and REDS datasets. Baseline deblurring models $\mathcal{M}_{\text{D}}$ included U-Net, SRN, and modified DM-PHN (DHN). For the reblurring module, a simple ResNet with 1 or 2 ResBlocks are used. The main evaluation is done over perceptual metrics, the LPIPS and the NIQE. Experiment results indicate that the proposed methods provide significant improvement of perceptual metric scores of the deblurring modules. 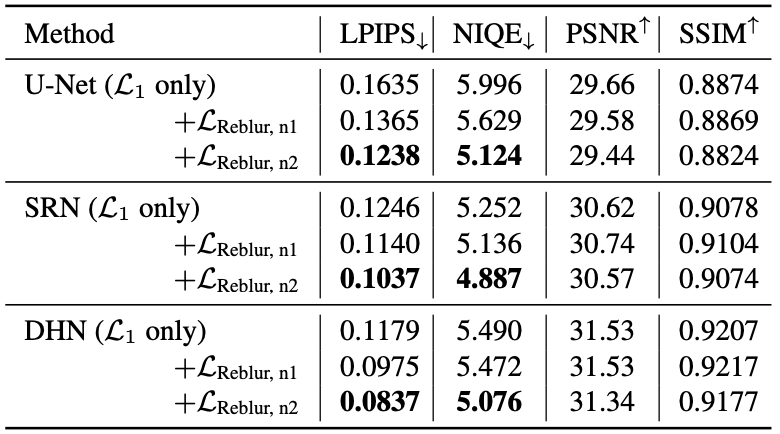 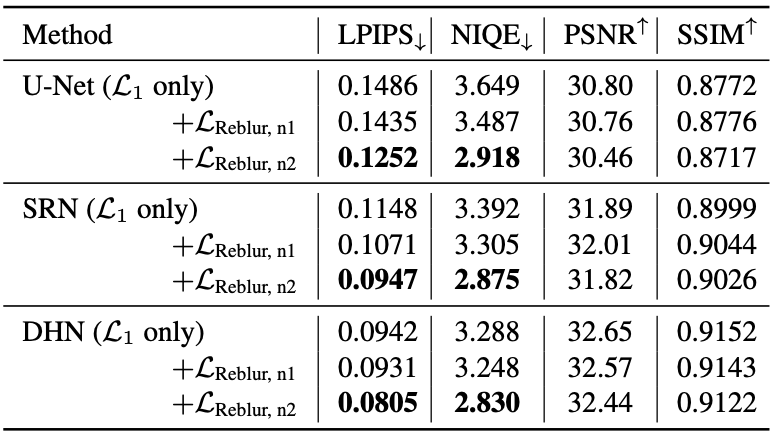 The quantitative and qualitative results of the test time adaptation experiments also showed significant improvement of the metrics. 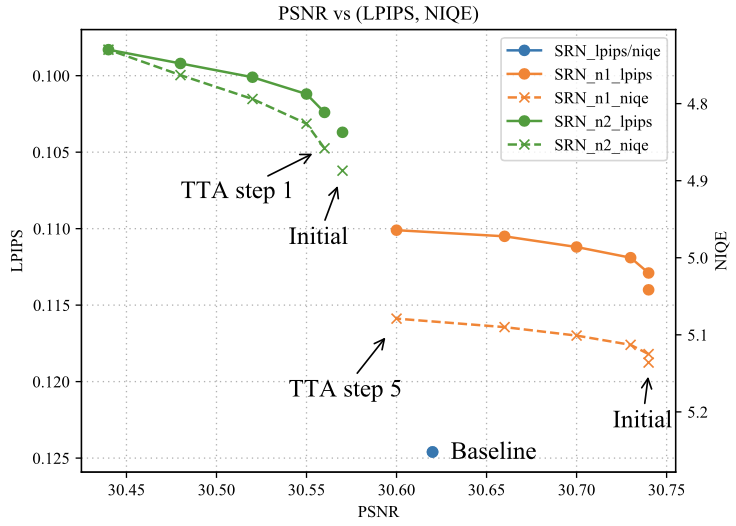 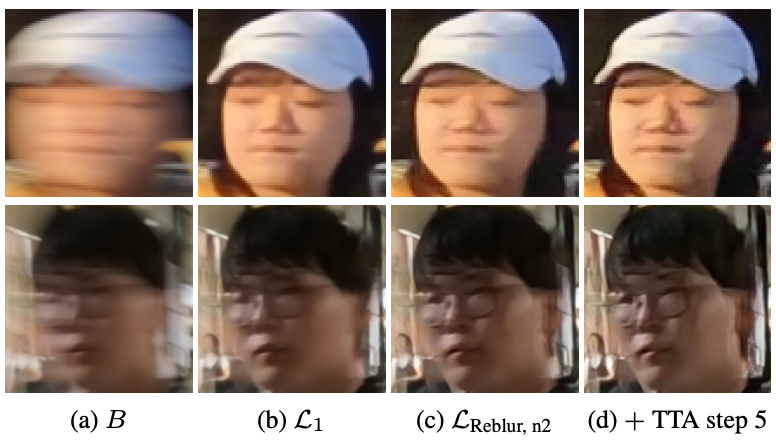 Qualitative results of the test-time adaptation

In short, the authors proposed a novel loss function based on an intuitive observation which led to significant improvement of perceptual performance of the deblurring models. Ablation and comparative studies are also available in the original paper.